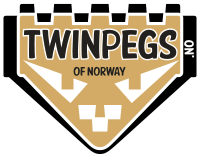 Ride Report / Review, TwinPegs™. I was intrigued at the concept of a dual-peg ride format, so i contacted the designer, Kai Ingvald Flateland, and asked to get involved early in the test and evaluation process. (I previously worked with after-market windshield design / builder 7Jurock.com for two years in perfecting their windshield for the GS and GSA, with marked success.)

My test started by installing just the right foot twin-peg. I wanted to feel instantly whilst I rode, and over the long haul, how one (TwinPeg installed) foot / leg performed & felt, versus the other (single / OEM peg). I rode about 400 – 450 miles over two months of straight gravel, dirt, hard-pack in the stand-up position.

To be clear, the twin peg set up is really only activated in the stand-up position, we all know this. So riding to and from gravel & forest service roads you’re probably, like me, not standing on the pegs.

I noticed that I had better control and balance and less fatigue on my dual-peg-leg than the other. I then put the second peg on the left side. What I was not prepared for was this: so, from tip to tip, the twin peg set-up is just under 5 inches, and you’d think, so what’s the big deal? Well, I tried the new set-up with each of my four pairs of boots, leather-race, leather off-road, dual-sport, and ankle high summer boot. Each boot has a stiffer than average shoe-sole, and so the five inch platform was still more than adequate to act as a solid platform for the entire length of my foot! That surprised me. Now, my experience, and desire to have a stable foot platform while riding off-road in the stand-up position is backed by a lifetime of athletics including bicycle racing (the bike shoe is solid – with foot attachment providing increased leverage to the bike pedal, and 25+ of downhill ski-racing, coaching, and you will remember, the impact of a stiff ski boot, and the translation of pressure and leverage of a Lange ski boot to the Atomic and Dynamic, and K2 racing skis…).

After installation of the peg to the remaining side, I was able to increase my riding performance and pleasure greatly. Now, how do I measure “greatly?”. Well, ok, fair question. So, on my recent ride back from the Oregon coast, back inland thru our smoke-infested forest, totally separate topic – I know, I chose the “all off-road” alternative. My pals chose the paved road, Bear Camp, where they encountered opposite-direction on-coming whitewater rafting rigs and all manner of headway, whilst I was enjoying the pleasure of deep forest dirt and light gravel with more control in the stand-up position.

My friends, that ride goes for FOUR hours. And I loved every minute of it. If you told me that these simple pegs would get my butt out of the saddle with more control, better balance, less fatigue, better performance, I would have cried, “bull shit.” So I’ll end with this. I may trade in my ’15 GSA for a ’19 GS HP, but I’m not letting go of those pegs. They simply change my entire ride experience. How to best use the pegs? Once installed, you simply “lock” your heels in, meaning slide them back on the peg ’til they contact the aft portion of the bike frame, and you’re literally locked in. Your feet don’t tip or teeter, you have pressure and feedback from BOTH heel and ball-of-foot. And from someone who knows the importance of foot pressure converted to performance, (think Lange ski boots). I can tell you the translation from foot pressure to bike control is instant and solid. There is no bouncing around, no pivoting of the foot over a single-peg set up, no fatigue to the calf muscle, none of that. So, yea, basically they performed much better than I’d initially predicted. I am very much impressed, and recommend them to anyone desiring an exponential increase in off-road, or stand-up riding performance.

Final word, the coast-to-home 4-hour return gave you a one-trip snapshot of my experience. I actually ride about three times a week in my early retirement days, and have about 850 miles strictly measured “off-road / gravel,” and can tell you, my gravel riding experience is much, much greater now that I’m comfortably and confidently standing solidly while riding. Not much more I can say.

I can answer questions as desired.